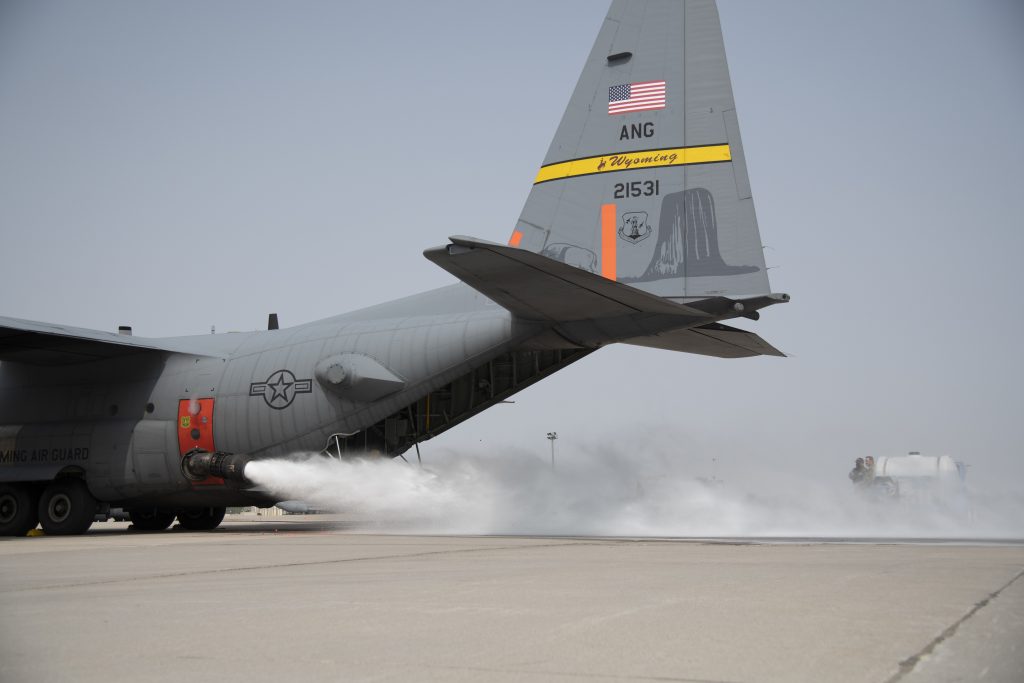 The Wyoming Air National Guard’s 153rd Airlift Wing has once again been activated by extension to support fire suppression efforts in California.

One C-130 Modular Airborne Firefighting System-equipped aircraft with 8 crew members departs today to Sacramento McClellan Airport where they will operate in the area until Oct. 3. The aircraft and crew join eight maintenance personnel who traveled yesterday via commercial air. The request for assistance may be extended as support requirements are determined by incident commanders.

MAFFS is a self-contained aerial firefighting system, owned by the U.S. Forest Service, which can discharge 3,000 gallons of fire retardant in 5 to 10 seconds, covering an area one-quarter of a mile long by 100 feet wide. Once the load is discharged, it can be refilled in as few as 8 minutes on the ground.

The Department of Defense, through U.S. Northern Command at Peterson AFB, provides unique military support to firefighting efforts when requested by NIFC and approved by the Secretary of Defense. These diverse mission assets are prepared to respond quickly and effectively to protect lives, property, critical infrastructure and natural resources, and can include, but are not limited to, MAFFS, military helicopters and ground forces capable of supporting the firefighting efforts.