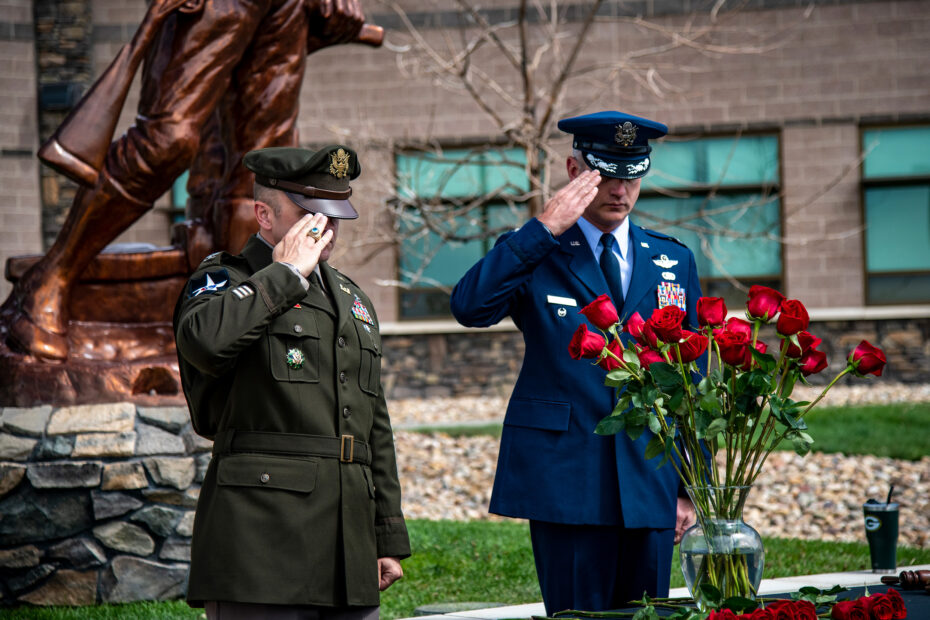 The ceremony honored the 21 Soldiers and Airmen from Wyoming or a Wyoming unit who lost their lives. As the names of the fallen Wyoming service members were called out, a rose was placed in a vase, and a bell rang in their honor.

“I want to thank TFT for making such a bold statement in remembering the men and women who made the ultimate sacrifice during combat operations since 9/11,” said Col. Ed Lewis, Wyoming Army National Guard chief of staff. “The Wyoming National Guard has played a vital role in supporting the global war against terrorism, at home and abroad, and have been involved from the very beginning and are still supporting combat operations today.”