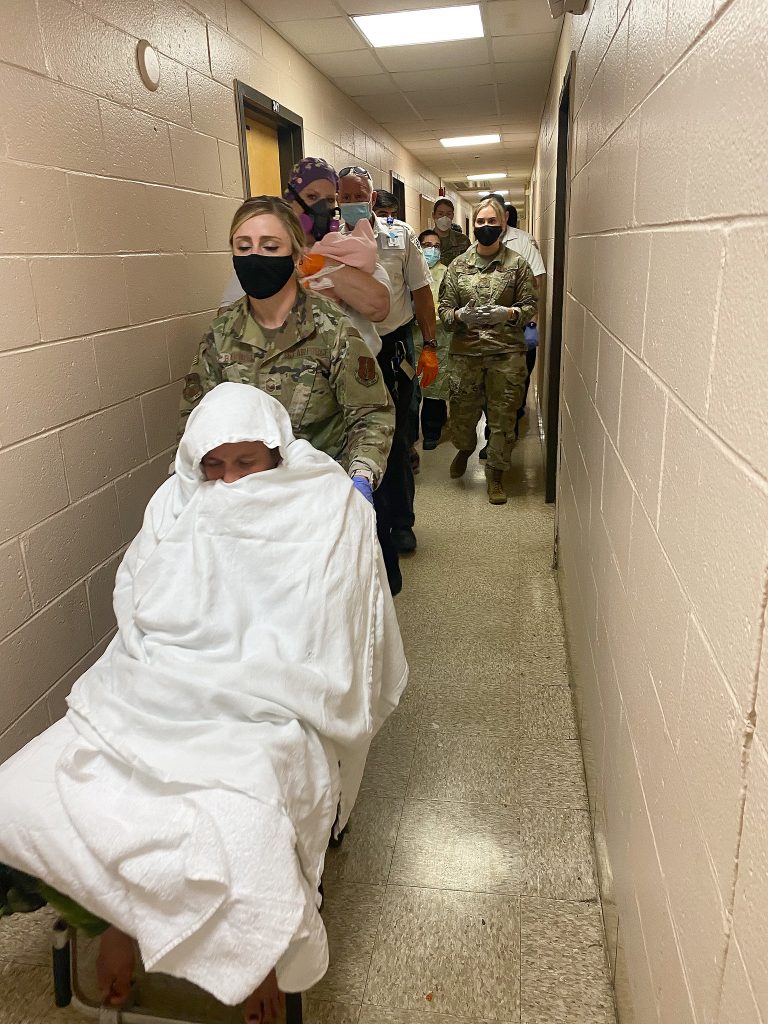 CHEYENNE, Wyo.—The symbol of our country is a woman, a mother, who would sacrifice anything for the sake of her children. This is no accident.

Through a stroke of good timing and determination, two Airmen from the 153d Airlift Wing in Cheyenne, Wyoming, made Lady Liberty proud on the night of Sept. 10, 2021.

In an emergency delivery, a child was delivered by administrative specialists Senior Master Sgt. Jennifer N. Ballenger and Tech. Sgt. Shyloh A. Vallot, to a guest family from Afghanistan.

Wanting to help evacuate those in need from Afghanistan, Ballenger and Vallot volunteered for a temporary assignment as part of Operation Allies Refuge at McGuire-Dix-Lakehurst Air Force Base, New Jersey.

Operation Allies Refuge is an ongoing military operation working towards transporting at-risk civilians, interpreters, and other visa applicants out of Afghanistan.

As part of the operation, both Ballenger and Vallot were simply carrying on with their duties when they were suddenly alerted by one of the guests that there was a medical emergency nearby.

The guest turned out to be the expecting father. His family had left their home in Afghanistan and found himself in need of help.

Even though they did not speak the same language, he made his dilemma clear; his wife was pregnant, and they needed medical assistance right away.

However, there were only male doctors on staff in the area that night. Afghan custom dictates that female attendants must deliver children.

Neither Ballenger nor Vallot had any advanced medical training, but they knew exactly what to do as mothers themselves.

Bringing along a 16-year-old Afghan boy to act as a translator, Ballenger and Vallot followed the man to his wife. They found her on the third floor of the building, in what was seemingly a barracks wing of the base being used to house some of the guests temporarily.

The mother’s contractions had already begun; they had already reached one-and-a-half minutes apart. 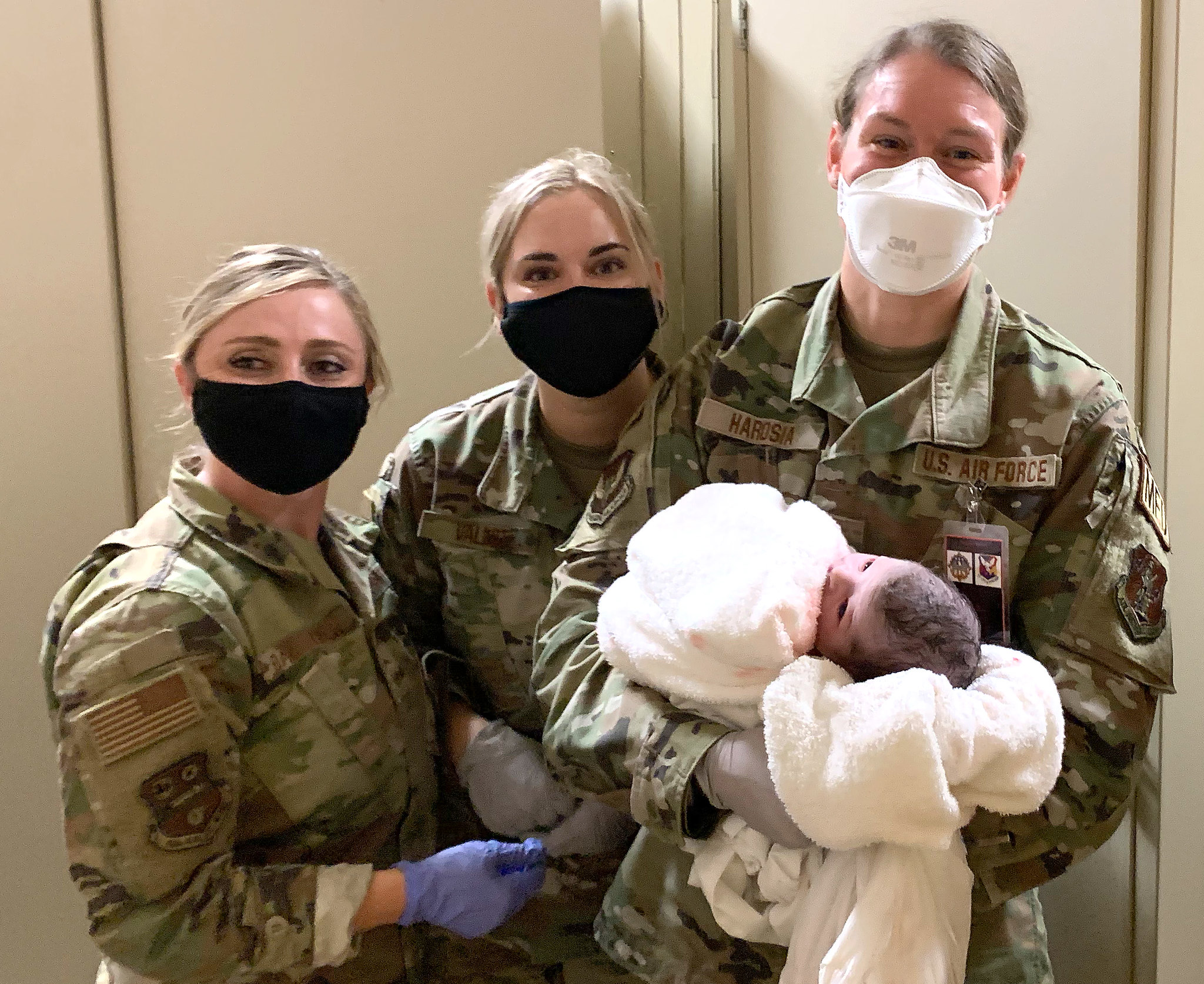 Holding the newborn, Ballenger ensured the baby was healthy and could breathe properly as she helped clear the baby’s airway. Her cries were a relief to everyone in the room that night.

“This is probably one of the best experiences I’ve ever had,” said Ballenger. “These people trust us; they came here for safety, for stability, and for a better life.”

She is alive, healthy, and now an American.

“It just makes you realize how lucky we are to have what we have,” said Vallot. “They want that so badly, they were willing to get on a flight to who knows where, and to come to an unfamiliar country, not even knowing the language, that’s how much they want this.”

“That is how much they trust us,” said Ballenger.

That night, a unifying moment of peace, joy, and goodwill between strangers was forged.

It is a stark reminder of why we have been fighting the longest war in U.S. history when that has become so hard to see.

This child’s life, at least, created in the shadow of malice, brutality, and death was saved. This life is now a symbol of peace, friendship, and the security that America offers to all world peoples.

This event reminds us why we have sacrificed so much for so long: the selfless actions of Ballenger and Vallot are what makes America the country it is today.

And this small triumph alone, in the grand scheme of things, is worthy of being counted among its victories.

High-Resolution photos can be downloaded from our Flickr HERE: https://flic.kr/s/aHsmWMCrY4