CHEYENNE, Wyo. – There are a lot of different jobs in the military, and prior to World War II, many recruits were placed in positions not well suited for them, thereby wasting time and money for retraining.

Better ways to determine a military recruit’s aptitude were developed and refined, and since 1968, the Armed Services Vocational Aptitude Battery test has been the standard for predicting a suitable career path.

Wyoming State Superintendent of Public Instruction, Jillian Balow, is a fan of the test and of military readiness, and has led an effort to make Wyoming the first state to include military readiness as part of its education department strategy, a precedent other states have since followed. During the past two years she has encouraged the use of the test in Wyoming's schools to not only help students discover their potential career strengths, but to consider putting those strengths to work in the military.

“For a long time we focused on college readiness, then it was college and career readiness,” Balow explained at the Cheyenne Chamber of Commerce Military Affairs Committee luncheon Jan. 27. “We had to do something about the stigma of military readiness, which we’re still working on. Joining the military is a really unique path for our youngsters, and as a teacher for 10 years, I never realized that.

“I am not from a military family, but I’ve learned that some of the greatest mentors in my life are military leaders, and the greatest inspiration for where we are today with military readiness.”
Rich Scott, program manager for the ASVAB Career Exploration Program at the Military Enlistment Processing Station in Denver, was in attendance at the luncheon and appreciates Wyoming’s focus on the armed services.

“Wyoming’s my new favorite home,” he said with a chuckle. “Recruiter leads are up 20 percent. With the state superintendent’s backing, the schools are paying more attention.”
He said the ASVAB is offered to high school and post-secondary students as part of the ASVAB Career Exploration Program. The program provides tools to help students learn more about career exploration and planning, in both the civilian and military workforce sectors.

He said the free program has been around since the 1970s but used primarily by military recruiters for students wanting to join. Today, however, educators are recognizing its usefulness in determining all students’ vocational strengths.

Balow, who took the test again last summer, said the assessment is much different than when she took it in high school.

She also praised the cost-effectiveness of the program that is available for free to any school that requests it.

“I know school districts that are paying thousands of dollars for those interest surveys that our high school kids take to say, ‘what career are you interested in?’ The ASVAB not only does that for free, but also matches it up with your aptitude,” Balow explained. “So if you go to your school counselor and you say ‘I want to be an engineer,’ and you take the ASVAB, and it says you’re not doing so well in math, but there’s work you can do to beef up your math skills, you can do that, or you can think about a different career path.”

Maj. Gen. Luke Reiner, Wyoming adjutant general and state command chief, Chief Master Sgt. Bill Whipple, joined forces with Balow in encouraging schools to partner with recruiters to not only use the ASVAB program to discover career options, but to encourage students to consider the military as a legitimate and honorable choice for their future.

Staff Sgt. Edwardo Herrera, marketing non-commissioned officer for the Wyoming Army National Guard’s recruiting and retention battalion, said all a school has to do to get the program going is to give him a call at 307-214-0167. Between his, and Scott’s offices all the coordination will get taken care of.

“All they have to do is ask,” Scott added. 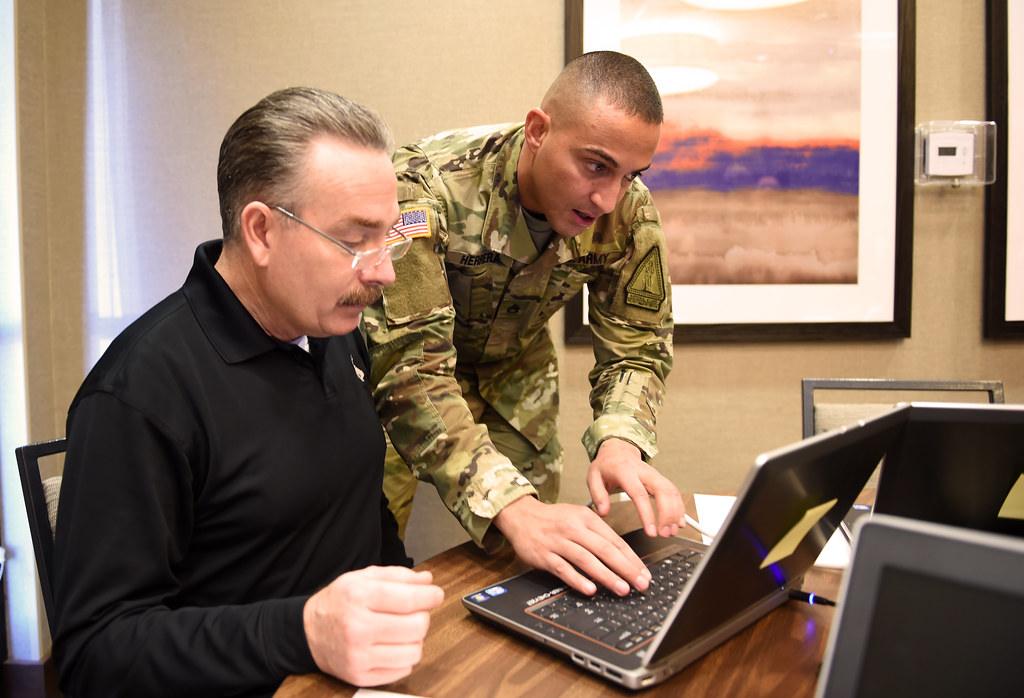